Do Mothballs Get Rid of Rodents?

Who still uses mothballs? You may have seen them on an old TV show or 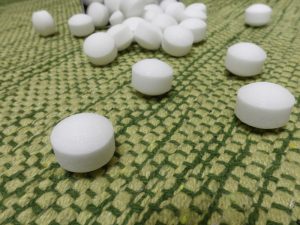 smelled their strange odor at your grandma’s house, since they were used much more commonly decades ago. Though they may seem outdated to many, some try to repurpose them as rodent repellent, albeit unsuccessfully.

Mothballs, per the name, are little chemical balls that you put in a closet or wardrobe to keep moths from eating holes in your clothing. Typically, they are used for out-of-season clothing that you store for long periods of time.

They are able to repel and kill both moths and other clothes-eating insects because they are made of pesticides. At room temperature, the balls slowly transform into noxious fumes which kill insects in the fabric. Eventually, the ball would be totally used up as it turns into gas and need to be replaced.

Because of their strong toxic odor, it is no wonder that some think they could repel rodents as well as insects. The truth is, mothballs just don’t work as a rodent repellent. They are meant to be used in confined spaces like wardrobes or trunks, so that the fumes can build up. A room is too big for the mothballs to do their job; you would be lucky to kill a moth by putting the balls in a corner of a room, much less a rat.

The best way to end your rodent infestation is to trap and remove the pests. The professional technicians at Critter Control® Ft. Lauderdale have decades of experience in animal removal, and have all the tools and technologies to assess and solve your rodent problem. Call us today for a free consultation at 954-467-6067.